[Insights] Is the U.S. economy once again on the brink of a recession?

Amidst a slowing global economy and rising international tensions, investors increasingly worry that the U.S. economy’s expansion in the past 10 years might finally be coming to an end. Especially after the Fed’s rate cut in July, searches for “US recession” on Google have more than quadrupled. A slew of macroeconomic indicators further display signals of a probable slowdown. How close are we to another recession?

Our newly-released U.S. Recession Prediction Model in MAF Cloud uses the U.S. yield curve spread as a predictive tool for impending recessions. Yield curve inversions are often seen as warning signs of a looming downturn, having preceded every major recession in the past 30 years (in 1989, 2001 and 2007). The model utilises FRED data on the 10-Year and 3-Month U.S. Treasury Yield Spread, together with historical recession data from NBER, to estimate the likelihood of a recession in the U.S. with a 12-month horizon using a probit model. 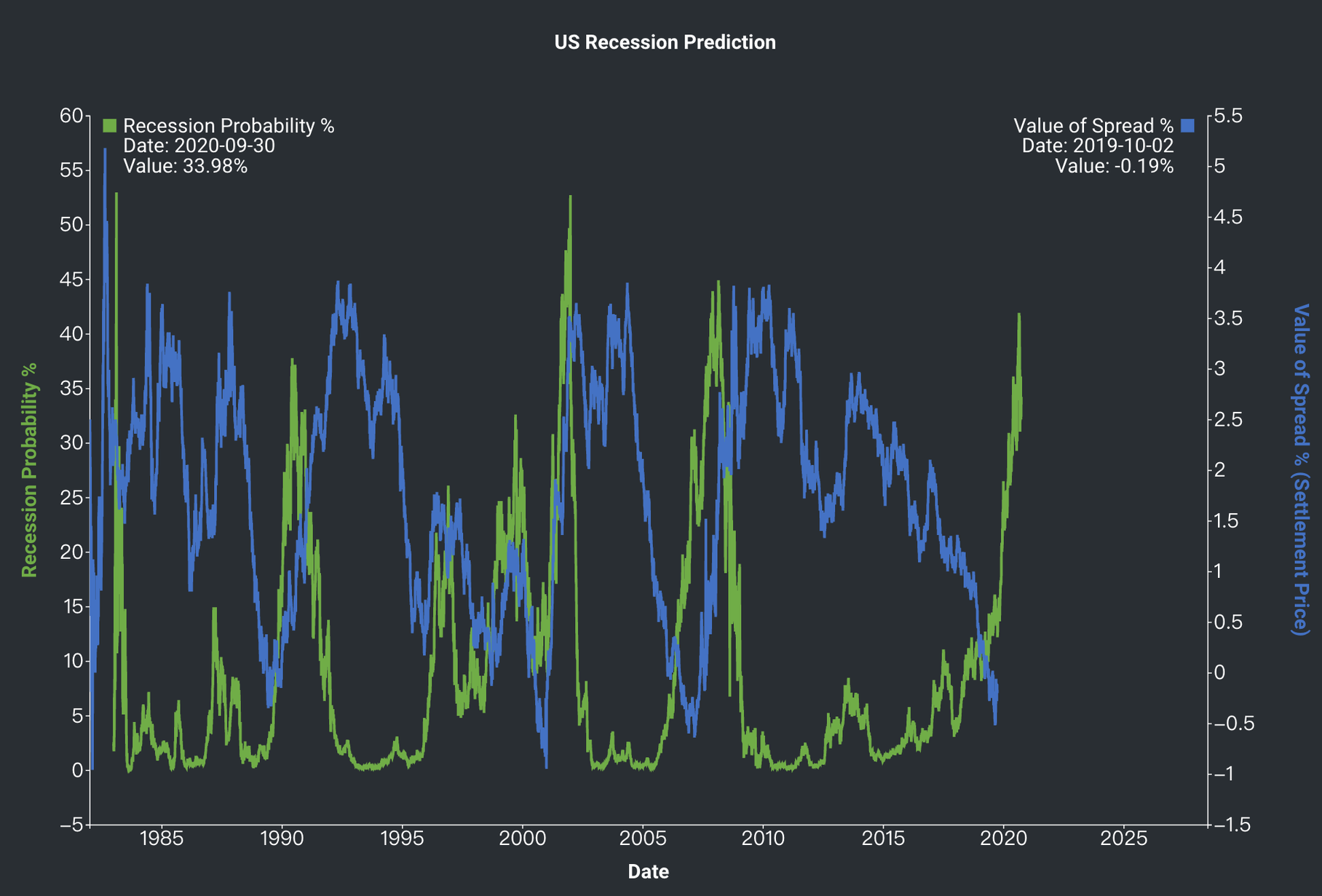 In the chart above, the blue time-series shows the yield curve spread, while the green time-series shows the predicted recession probability. We can see that the U.S. yield curve has flattened steadily in the past 10 years, before finally inverting in early 2019. Meanwhile, the estimated likelihood of a recession, having remained stable for most of the decade, has lately spiked to 33.98% for the year 2020 (estimated as of 2019-9-30).

With the peaks of the model’s predictions having coincided almost exactly with past realised recessions – the 1990-1991 Credit Crunch, 2001 Dot-com Crash, and 2008 Financial Crisis – could this be the precursor of yet another downturn to come?

Recent developments in the U.S. economy have indeed compounded on investors’ anxieties. As exports plummeted with deteriorating trade relations between China and the U.S., so did business confidence in affected industries: the Purchasing Managers’ Index (PMI) has slipped to its lowest point in a decade. Furthermore, the U.S. inflation rate in 2019 has consistently fallen short of the Fed’s 2% target, while growth forecasts hovered around 1%-1.5%.

How sure can we be of an imminent recession? Is this yet another repetition of the pattern? While the U.S. yield curve spread has proven to be a generally reliable leading indicator of U.S. recessions, it has a history of over-predicting recessions which did not materialise. Moreover, it does not convey any information about the length or severity of the predicted recessions.

Another consideration is that both the contemporary economic slowdown and flattening of the U.S. yield curve seem to be driven by policy decisions rather than market fundamentals – with the former tending to be the more unpredictable of the two. Could the Fed be pressured to prop up the economy with yet another round of monetary easing (hence further driving down long-term yields)? Or might President Trump, faced with ceaseless criticism from industries adversely affected by the trade war, as well as electoral pressure from the upcoming elections, choose to adjust his stance in trade negotiations – pursuing instead a course of prioritising domestic growth, while balancing the interests of exporters and importers alike?

Putting these into perspective:

Is the US economy due for another downward cycle, or is the present yield curve inversion just a false alarm?

How to generate this graph on MAF Cloud:

In the U.S. Recession Prediction Model, set ‘Start Date’ as “1979-09-01” and ‘End Date’ as the current date, to generate and view historical data on the yield curve spread (FRED-T10Y3M), together with the associated recession probability estimated by the model for the following 12 months. 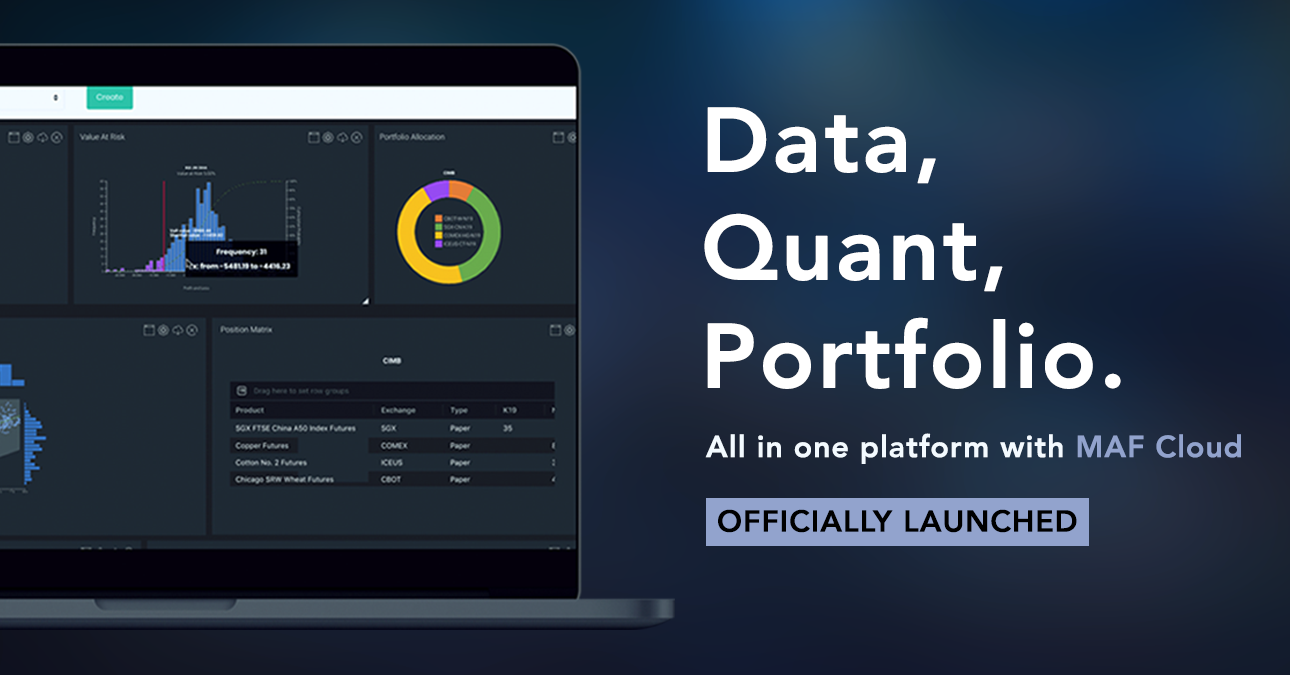